The magazine reviewed the causes and organizations to which these teams are handing out millions of dollars in donations and found that many support sex-change surgery, hormone treatments, and other dangerous procedures for “transitioning” teens and pre-teens.

National Review found that almost every team in the league “promote or fund groups that encourage or provide sex-change procedures and gender-transition hormone treatment for minors as young as 12. Other organizations promote ‘social transitions’ — i.e., nonmedical changes in ‘gender expression,’ including the adoption of new names, pronouns, and clothing — for children as young as three.”

Much of the support these teams are lending is organized under the rubric of the widespread LGBTQ “Pride Nights” that the league pushes. 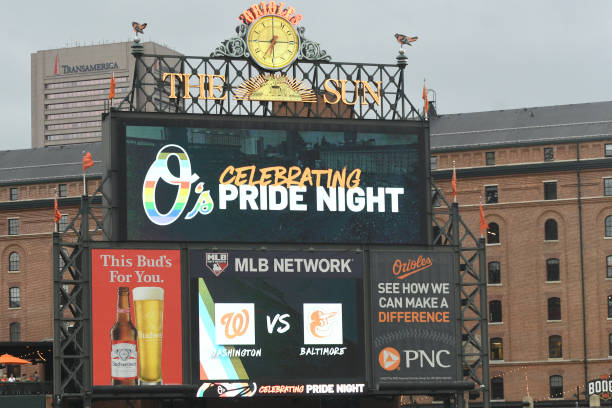 The scoreboard honors Pride Night before a baseball game between the Baltimore Orioles and the Washington Nationals at Oriole Park at Camden Yards on June 22, 2022, in Baltimore, Maryland. (Mitchell Layton/Getty Images)

Along with the yearly events in the stadiums, the teams also donate money to a number of advocacy groups — usually local groups, but often national groups, as well.

The Detroit Tigers, for instance, support the Ruth Ellis Center and Corktown Health in Detroit, the magazine noted.

“At the checkout page for tickets to the Pride Night game, the Tigers website offered ‘a chance to support a local Pride organization of your choice,’ with a drop-down menu that included LGBT-focused clinics such as the Ruth Ellis Center and Corktown Health, both of which perform medical gender transitions on minors. On top of masculinizing and feminizing drugs, at least one — the Ruth Ellis Center — included irreversible ‘gender affirming surgery’ in its suite of ‘transition care for transgender youth’ options. Another charity promoted by the Tigers, the Trans Sistas of Color Project, was actively funding groups such as ‘Trans Minors Rights,’ which ‘advocates for empowering transgender youth to make their own decisions regarding puberty blockers’ — i.e., ‘without requiring the consent of a parent.’ (The group’s tagline: ‘Unblock blockers.’)”

The magazine noted that the Tigers are only one example and that the MLB “Pride Resource Guide” promotes a long list of “social justice” groups that also push transgenderism on kids. 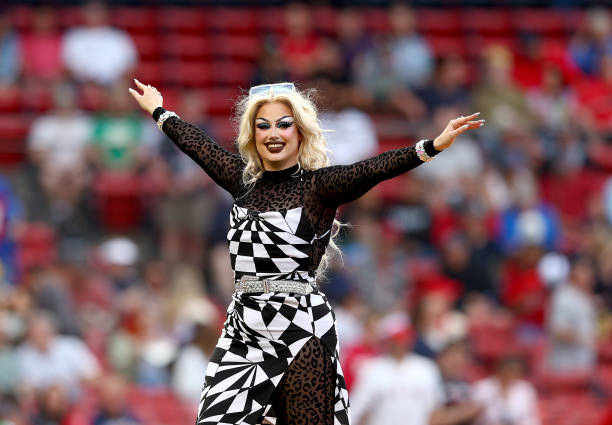 The report found that five teams promoted groups that push dangerous surgeries on trans kids, including the Detroit Tigers, the Boston Red Sox, the Milwaukee Brewers, Tampa Bay Rays, and the Cleveland Guardians.

Four teams partner with organizations that provide counseling and referrals to youths for such medical procedures. That list includes the L.A. Dodgers, Pittsburgh Pirates, San Diego Padres, and the Oakland As.

And another five teams promote groups that offer guides and promotion of the transgender lifestyle, including the Cincinnati Reds, Houston Astros, Arizona Diamondbacks, Philadelphia Phillies, and the Colorado Rockies.

Finally, six teams support groups that have lobbyists for the trans cause and otherwise advocate for the transgender lifestyle. Those teams include the Chicago Cubs and White Sox, the L.A. Angels, Minnesota Twins, St. Louis Cardinals, and the Washington Nationals.

“It’s a classic case of institutional capture by the Left,” the magazine concluded. It is up to the fans to speak out and urge the league to reverse course on this outrageous advocacy.