In an audacious change in the script, Reuters’ latest fact-check informs us rabble we were wrong to think the vaccine would stop the virus.

It is not necessary to rehash much of what we heard over the past few years regarding the efficacy of the COVID vaccines. We were lectured ad nauseam about not only the effectiveness of the shots to halt the spread, but how it was all but required of us to get the shot. Twice. Then the booster. Then the next boosters. All were assured these would stop the outbreak, and anyone daring to question things was considered heretical-and in need of retribution.

Well, now comes some rather shocking news from Reuters: It was all a load of crap. The news outlet performs a staggering. revisionist history fact-check to tell us that it was all our own fault for believing the vaccines would save us from infection. We somehow came up with this conclusion on our own because, according to the news syndicate, nobody promised us the vaccines would work. Imagine everyone’s surprise.

This all stems from a European Parliament committee that called Pfizer executives to testify, and the drug company experts actually came out to declare they had no idea if their vaccine would, in fact, halt the spread of COVID. Testifying was Janine Small, appearing in place of the company’s CEO, Albert Bourla. Unknown was whether Bourla’s absence was a result of his contracting COVID himself-for the second time, it needs to be pointed out.

As a result of this testimony, Reuters has chosen to not explore the history of authorities, medical experts, and the media telling us that we needed to get vaccinated to halt the spread. Instead, they take the easy route of declaring no one made such a promise, and it is our own fault for believing this possibility.

To get emergency approval, companies needed to show that the vaccines were safe and prevented vaccinated people from getting ill. They did not have to show that the vaccine would also prevent people from spreading the virus to others. The misleading posts imply that national restrictions such as vaccine passports were based on a promise of vaccines blocking virus spread that neither the companies nor EU regulators made before the vaccines were marketed.

This is quite the revisionist history. I recall Dr. Anthony Fauci touting the need to vaccinate to create people becoming “dead ends” for the spread. Joe Biden repeatedly made the claim the vaccine halted the spread. As for the press itself, there are countless submissions to note, of non-medically-trained journalists lecturing the public in condescending fashion over the effectiveness and need of the Pfizer injections. 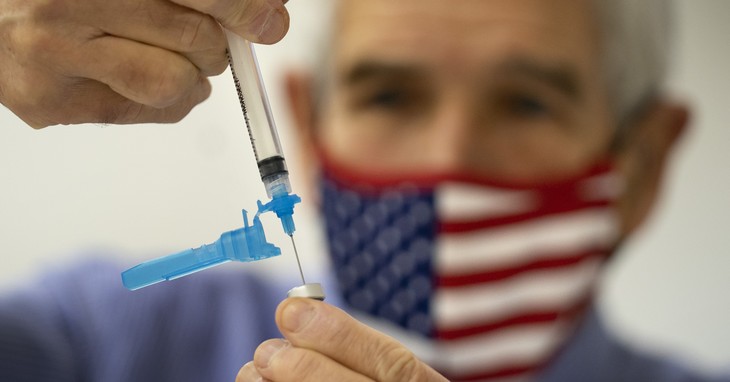 But the claim that no one in an official position claimed the vaccines stopped transmission also crumbles when you see the words from Bourla himself, proclaiming the rousing success of his company’s vaccine.

Excited to share that updated analysis from our Phase 3 study with BioNTech also showed that our COVID-19 vaccine was 100% effective in preventing #COVID19 cases in South Africa. 100%! https://t.co/E2ksTJSopU

Once again, this was the boasting from Pfizer’s now twice-infected CEO. So, Reuters has to resort to a splitting-hairs conclusion in order to reframe the messaging of the vaccine PR campaign. The fact-check states Pfizer did not admit to a mistake because the company was never required to prove the vaccine’s complete effectiveness.

VERDICT – Social media posts claiming that a Pfizer executive “admitted” the company did not test its COVID vaccine’s ability to prevent virus transmission before receiving marketing approval imply that the company had been required to do so or claimed to have done so, which is false. National policies requiring vaccination to access public spaces or to enter a country that were implemented in early 2021 may have been based in part on data emerging at that time showing the vaccine did, in fact, prevent transmission of the variants then circulating.

This is some amazing gaslighting and a desperate dose of deflection. In order to explain away the years we have been commanded to behave, of government vaccine requirements pushed, and the shaming of a large segment of the country over resistance to an unproven injection, we now get this new framing of the claims.