Republican strategist Rebecca Tweed told KGW Knight’s donation said the two donations are not meant as an endorsement of either candidate but rather an attack against the Democrat candidate.

“Each candidate has brought in $13… 14… 16.5 million. We’re just getting started. I know people are tired of seeing ads, but sit down and get ready for it,” she added. 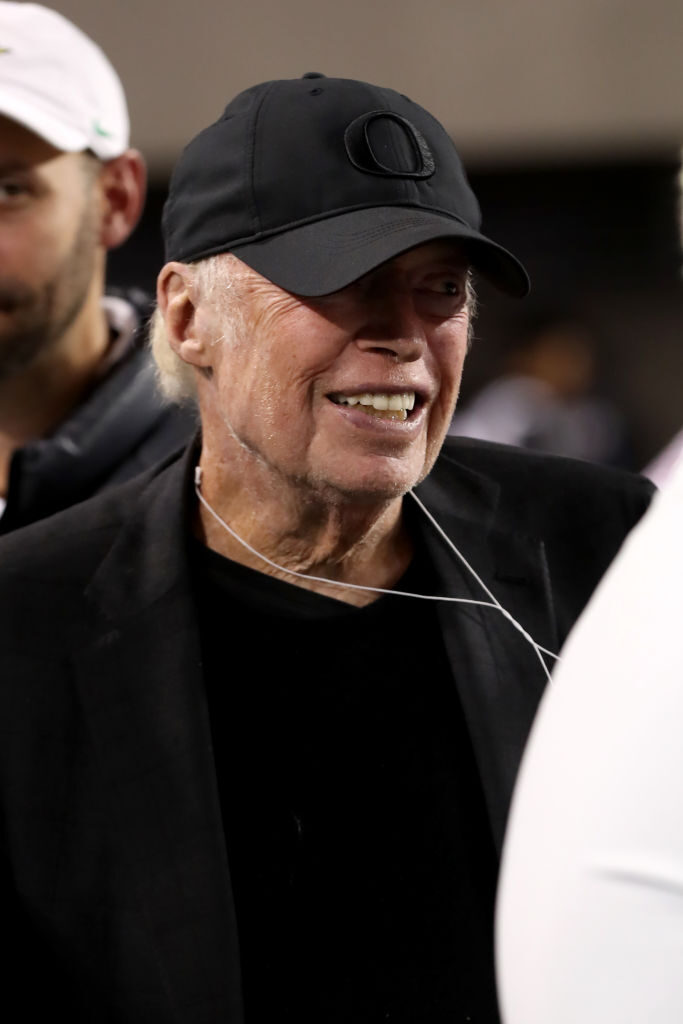 Nike founder Oregon supporter Phil Knight during the second half of a football game between the University of Oregon Ducks and the University of Arizona Wildcats on October 8, 2022 at Arizona Stadium in Tucson, AZ. (Christopher Hook/Icon Sportswire via Getty Images)

The donation comes as Christine Drazan stands within striking distance of unseating Kotek in a deep blue state that has not elected a Republican governor since Vic Atiyeh in 1982.

KGW political analyst Len Bergstein concurred with Rebecca Tweed that Phil Knight’s donation should be seen as a knock against Kotek by potentially putting Drazan on the path to victory.

“As soon as he sees some polls that say ‘wait a minute, there’s a chance that Drazan could win,’ he’s saying well maybe my money could make the difference to push her over the top,” said Bergstein.

“This is not a normal election. We’re having fun watching it because we have three original candidates for governor and a lot of interesting twists and turns in the race already,” Bergstein added.