Newsom’s proposal for a debate is the latest move in a brewing feud between him and DeSantis.

After months of name-calling and running negative ads in Florida, Newsom asked the feds on Thursday to intervene and investigate DeSantis for “kidnapping” after DeSantis sent 50 illegal immigrants to Martha’s Vineyard, an elite vacation spot where former President Barack Obama owns a $15 million home. 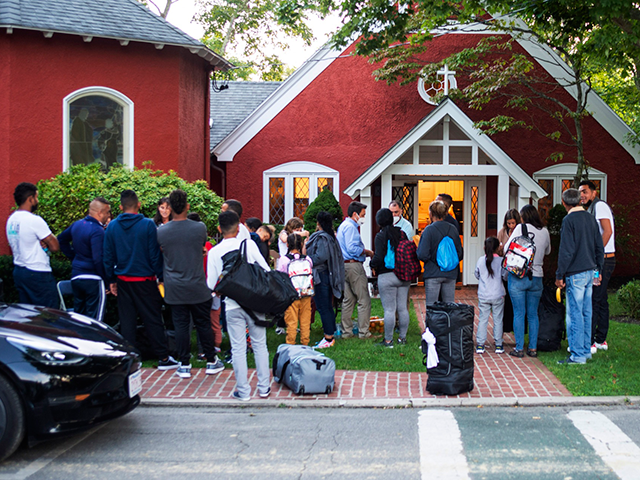 Immigrants gather with their belongings outside St. Andrews Episcopal Church, Wednesday, Sept. 14, 2022, in Edgartown, MA, on Martha’s Vineyard. Florida Gov. Ron DeSantis on Wednesday flew two planes of immigrants to Martha’s Vineyard, escalating a tactic by Republican governors to draw attention to what they consider to be the Biden administration’s failed border policies. (Ray Ewing/Vineyard Gazette via AP)

“In particular, I urge US DOJ to investigate whether the alleged fraudulent inducement would support charges of kidnapping under relevant state laws, which could serve as a predicate offense for charges under the Racketeer Influenced and Corrupt Organization (RICO) provisions of the Organized Crime Control Act of 1970,” Newsom wrote in a letter to Attorney General Merrick Garland.

DeSantis commented Friday on Newsom’s letter to Garland, saying, “I think his hair gel is interfering with his brain function.”

“So the governor of California sent a letter to the Department of Justice saying, ‘You need to prosecute Texas and Florida governors.’ And all I can say is, I think his hair gel is interfering with his brain function,” DeSantis said.

Florida’s @GovRonDeSantis on @GavinNewsom saying he should be investigated for kidnapping & trafficking for sending illegal immigrants to Martha’s Vineyard. “I think his hair gel is interfering with his brain function.” pic.twitter.com/04stqE2G9k

Later on Friday, Newsom responded to DeSantis’s hair gel quip by proposing the two debate each other before the midterm elections in November.

“Hey @GovRonDeSantis, clearly you’re struggling, distracted, and busy playing politics with people’s lives,” Newsom tweeted. “Since you have only one overriding need — attention -let’s take this up & debate. I’ll bring my hair gel. You bring your hairspray. Name the time before Election Day.”

Hey @GovRonDeSantis, clearly you're struggling, distracted, and busy playing politics with people’s lives. Since you have only one overriding need — attention –let's take this up & debate. I’ll bring my hair gel. You bring your hairspray. Name the time before Election Day. @CNN https://t.co/vTJHQxfArW

Newsom’s debate proposal seems to be inspired by Dan Rather, who tweeted about the idea of a debate between the two governors last month.

“Here’s an idea for Chris Licht, the new head of @CNN. Set up a debate — one-on-one — between @GavinNewsom and @RonDeSantisFL,” Rather tweeted. “Two governors of big states, potential presidential candidates. Prime time. Ratings I bet would be huge. Who would have the courage to show up?” 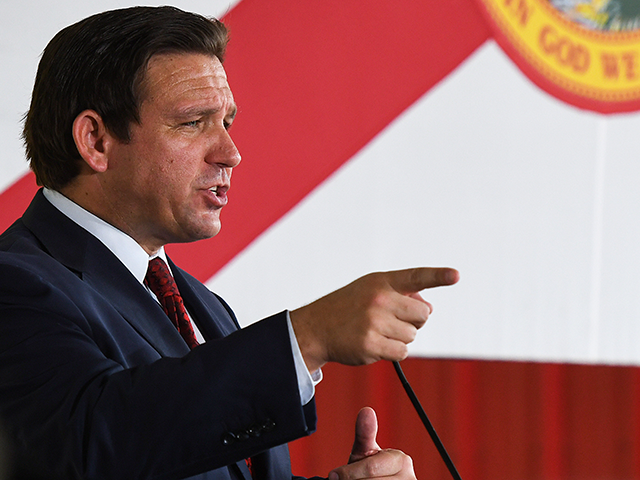 Florida Gov. Ron DeSantis speaks to supporters at a campaign stop on the Keep Florida Free Tour at the Horsepower Ranch in Geneva. (Photo by Paul Hennessy/SOPA Images/LightRocket via Getty Images)

“Yeah, happy to do it and we’ll do it just as we did the last time I ran for office,” Newsom said when asked about the possibility of a debate with Dahle. “So, I look forward to it.”