With the reports coming that Ron Klain, Chief of Staff and Chief Retweeter at the White House, is on his way out the door, the Biden Administration appears to be moving quickly to replace him.

According to multiple reports, the White House is preparing to name Jeff Zients as Klain’s replacement.

“Zients was, among other positions, the head of Biden’s coronavirus response team and returned to the White House after the midterms to begin helping with new staff transition, according to the Washington Post.”

“Zients left the White House in April after steering the administration’s pandemic response and leading the largest vaccination campaign in U.S. history. He returned to the White House in the fall to help Klain prepare for staff turnover after the midterms — a project that was ultimately limited in scope, as few senior staff members have left across the administration.”

“But, in recent weeks, Klain has assigned him different projects, which some viewed as preparing Zients for the top role, people familiar with the arrangement said, speaking on the condition of anonymity to discuss personnel matters.”

Klain is expected to step down in the weeks after the State of the Union on Feb. 7, in what will be the first major departure from Biden’s inner circle. 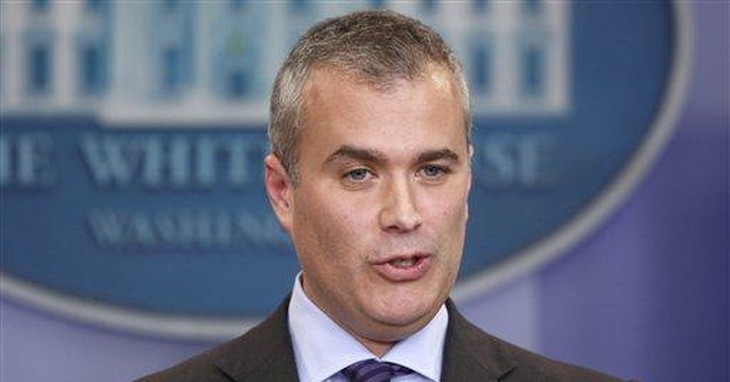 Jeff Zients, working in the Obama Administration in 2012.
Charles Dharapak

However, some Democrats may not be terribly thrilled with the choice, as they were hoping Biden would break tradition and pick a woman to serve in a role that always been held by men.

Some Democrats, though, had hoped Biden would make a historic pick for the role by choosing a woman for the job. Only men have ever served as White House chief of staff.

As Biden ramps up his political activity, Biden aides said they expect the structure of the chief of staff role to change, with Biden’s political advisers, including Anita Dunn, Jen O’Malley Dillon and Mike Donilon, taking on even more prominence in the building.

Zients does not have the long political resume Klain has – he’s only been in politics since the Obama years. However, he has extensive time in the private sector.

Biden, however, is staring down a divided Congress and is struggling to overcome several crises – both economic and personal. Most recently, his administration has had to deal with a classified document scandal that just doesn’t seem to stop.