Sen. Raphael Warnock (D-GA) will keep his seat in Washington after defeating Republican Herschel Walker on Tuesday in the runoff race for U.S. Senate in Georgia.

Warnock was beating Walker by about one percent with 92 percent of precincts reporting at the time of this writing. Networks including CNN and NBC called the race about three hours after polls closed.

The race marks the end of a disappointing Senate midterm run for Republicans, who had been highly optimistic about a possible red wave this year. The GOP’s hopes were first dashed in November when Democrats secured the majority for next year, but now, with Warnock’s win, Democrats will not only have a 51-49 advantage, but they will not be subject to power-sharing agreements with Republicans that a deadlocked Senate would have necessitated.

Warnock’s victory comes after the Georgia Democrat narrowly beat Walker by less than one percent in the general election but did not cross the 50 percent threshold required by state law to win the race outright.

Walker, a University of Georgia football legend and former NFL player, had from the outset of his campaign faced an uphill climb against Warnock, a well-funded senior pastor of Atlanta’s historic Ebenezer Baptist Church. 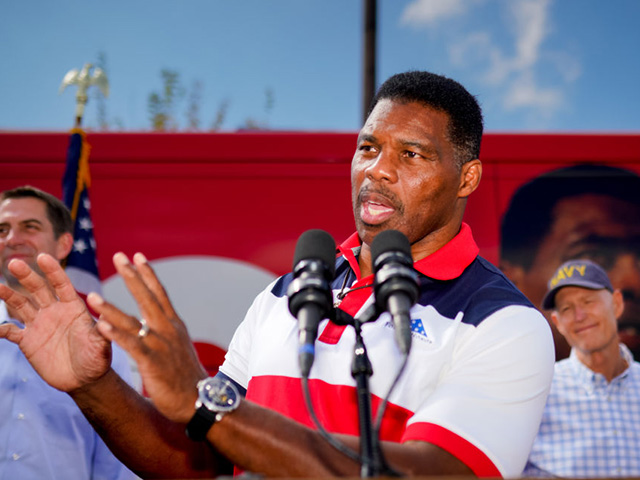 Warnock, as expected, ran an expensive campaign, far outraising and outspending Walker in both the general and runoff elections.

Warnock raised $150.5 million through November 16, roughly triple Walker’s $58.3 million, and Warnock had more than three times Walker’s amount of cash on hand at that time, according to an OpenSecrets report. Between general election candidates and outside groups, a jaw-dropping $380.7 million was spent through November 29, which easily makes the Georgia Senate race the costliest federal election of the midterms, according to the report.

Walker, who has openly spoken about grappling with dissociative identity disorder, was also bombarded with nonstop media attacks about his personal life during the course of the race.

The left-leaning Daily Beast dropped multiple bombshell reports during the race, including a report revealing Walker had more children than what was initially publicly known and reports of an allegation that he encouraged one of his children’s mothers to get an abortion.

Another similar abortion allegation later surfaced, and Walker, who is vocally pro-life, denied both of them.

The New York Times and the Warnock campaign also zeroed in on Walker’s hometown, a downscale rural place called Wrightsville, and highlighted one-off detractors from the area, which is overwhelmingly red.

The Times viciously pushed a narrative that Walker had been ostracized from the black community in Wrightsville, though Breitbart News interviewed several residents from Wrightsville and the surrounding Johnson County area who adamantly rejected that notion.

Warnock was subject to far less mainstream media scrutiny, though he did appear rattled by a discovery, first reported by the Washington Free Beacon, about a low-income apartment building his church owned. The report found the church-owned building’s management had initiated eviction processes against several tenants between 2020 and 2022 while Warnock was advocating for an eviction moratorium in Congress and while he was receiving a cushy housing stipend from the church.

Warnock, however, underwent much of the initial typical media vetting for his candidacy during his first bid for Senate in 2020.

At the time, several revelations about his past were uncovered, such as a police-involved domestic altercation with his ex-wife and sermons and lectures Warnock gave making racially-charged and anti-law enforcement comments.

Warnock just barely won that race, another high-dollar runoff contest but one with the Senate majority on the line, and went on to fill the remaining term of the late Sen. Johnny Isakson.

Walker, who is widely viewed as a celebrity star athlete in Georgia, was repeatedly publicly encouraged to challenge Warnock by former President Donald Trump before Walker decided to formally jump in the race. 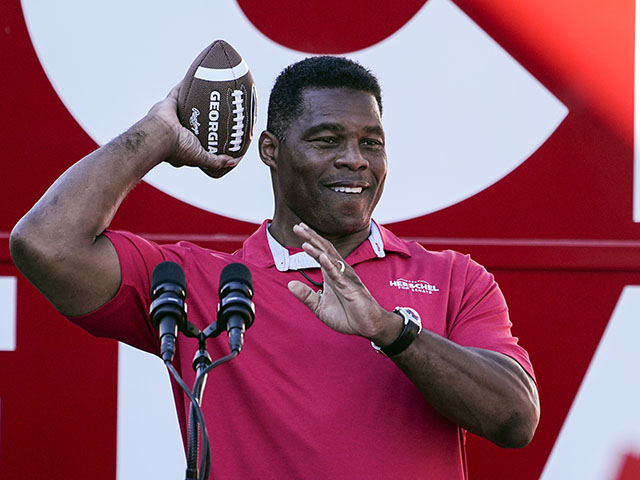 Walker, as many predicted, blew out the rest of the GOP primary field in May, beating his closest competitor by more than 50 points.

Walker proceeded to campaign largely on the concept of “unity” in a state that made national headlines for the GOP tension between Trump and the popular Gov. Brian Kemp (R) following the 2020 election. Walker also heavily focused on combatting crime amid Atlanta’s high crime rates, opposing any pushes toward a “woke” military or education, and correcting the nation’s sky-high inflation rates.

In line with his overarching unity campaign theme, during the runoff, Walker had support from a number of different party leaders from Trump to Kemp to Senate Minority Leader Mitch McConnell (R-KY) to Florida Gov. Ron DeSantis (R) and more.

Warnock, for his part, brought in famous surrogates, such as the Dave Matthews Band and Atlanta-based rap star Killer Mike, and touted a direct-to-camera video from leftist singer John Legend urging Georgians to turn out for Warnock.

Warnock also campaigned ahead of runoff race day with former President Barack Obama, but, noticeably, Warnock did not appear on the trail with President Joe Biden. Biden has remained unpopular in Georgia, according to polls, but the president did campaign for Warnock in deep-blue Massachusetts days before the election, as reported by the AP.

Despite keeping a physical distance from Biden, Warnock has voted almost perfectly in line with the president’s agenda during his time in the Senate. Warnock was notably also a leading proponent of Biden’s student loan cancellation order, a massive student debt transfer plan that has suffered a number of legal setbacks.

Voters turned out in relatively large numbers during the condensed runoff period, which was buzzing with record-high daily numbers of early in-person voters and many millions of dollars worth of television and radio campaign ads. The runoff duration had been shortened from nine weeks to four weeks through passage of Kemp’s Election Integrity Act of 2021.

Ahead of race day, 1.8 million voters had already voted in the runoff, and the secretary of state’s office estimated Tuesday night, per a campaign source, that another roughly 1.6 million votes will have been cast day-of once the results are finalized.