Arlington, Virginia parents slammed the teachers union by editing a letter with errors that were written to ask officials to delay opening schools. The corrected version was then posted on social media.

The parent tweeted, “Hey @VEA4Kids! Are you going to send more of these grammar worksheets during the break?” My kids and I had a lot of fun pointing out errors. We did find all of them!

The lead sentence was rewritten by the parent, which contains strange descriptions and is not in the correct style for the return to school date.

“On behalf of the members of the Arlington Education Association, this dire expression lends great concerns for Arlington Public Schools return plans for January 3rd, 2022.”

Arlington Education Association members are concerned by this terrible expression. The letter was addressed to Dr. Francisco Duran of Arlington Schools. It cites an increase in cases of omicron coronavirus and asks for a delay in the start of in-classroom learning. Arlington parents destroyed the letter from the Teachers Union with around 20 sloppy mistakes. 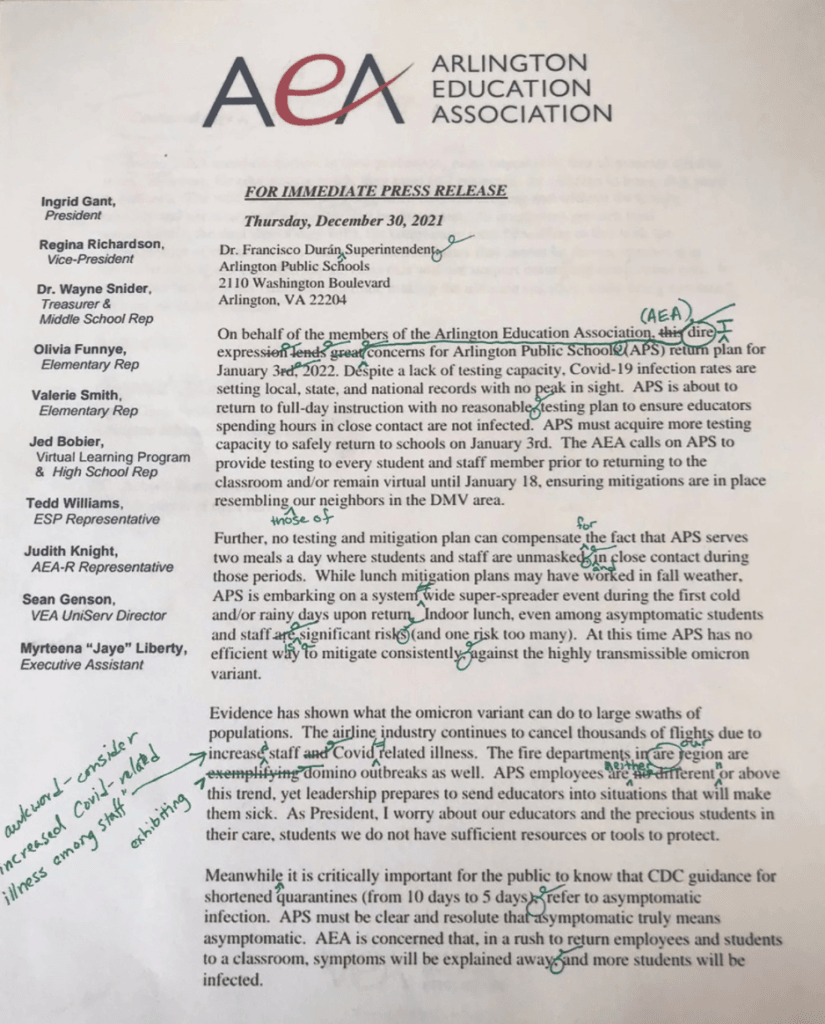 Evidently, the parent is an expert in editing and writing, she found more than 20 errors in the five-paragraph letter.

Apart from correcting poorly written sentences, the parent also points out misused words like “are” instead “our”. The parent editor wrote, in the margins beside one of the sentences in his letter, “Awkward” The letter stated that in-person learning was “dangerous” without certain conditions and added that “educators continue making the ultimate sacrifice.”